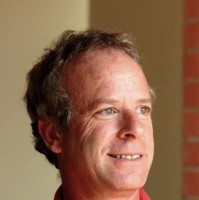 Eliezer Sobel is the author of one of the first series of books designed for Alzheimer’s and dementia patients: Blue Sky, White Clouds: A Book for Memory-Challenged Adults and is also the author of numerous other books, blogs for PsychologyToday.com.

Eliezer is first and foremost a son: his mother is 94 and currently in her 18th year of Alzheimer’s, and his late father passed away at 93 following a Traumatic Brain Injury and subsequent dementia after falling down a stairwell. Eliezer and his wife Shari Cordon moved in with his parents that same night and have managed their care ever since.