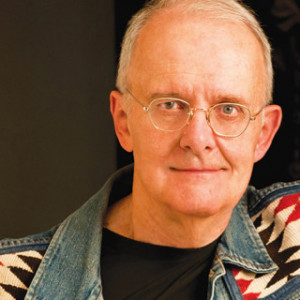 Functional Fitness: A New Approach After 50 (with transcript)

After a successful 35-year Wall Street career, James P. Owen found new purpose in being an author, inspirational speaker, and social entrepreneur. His book, Cowboy Ethics, a best-seller with more than 150,000 copies in circulation, and two follow-up volumes, Cowboy Values and The Try, put a spotlight on the importance of shared values and personal character in our society. Jim’s books and speeches also launched a grassroots movement that has reached thousands of businesspeople, educators, students, and parents around the country. Now Jim has expanded his focus, becoming a passionate evangelist for fitness as a way of life. Jim shares this message in his newest book, Just Move: A New Approach to Fitness After 50.

Frank:               Well, welcome to Boomers Today. I'm your host, Frank Samson. Of course, each of our shows we bring you important, useful information on issues facing baby boomers, their parents and other loved ones. We have a wonderful guest with us, Jim Owen. After a successful 35 year Wall Street career, Jim found new purpose in being an author, Inspirational Speaker and Social Entrepreneur. His book, Cowboy Ethics, a bestseller with more than 150,000 copies in circulation and two follow up volumes, Cowboy Values and The Try, put a spotlight on the importance of shared values and personal character in our society. Jim's books and speeches also launched a grassroots movement that has reached thousands of business people, educators, students and parents around the country. Now Jim has expanded his focus, becoming a passionate evangelist for fitness as a way of life. Jim shares his message in his newest book, Just Move!: A New Approach to Fitness After 50. So Jim, thank you so much for joining us on Boomers Today. Really appreciate it.

Frank:               Right. Can you start by telling us a little bit about the inspiration behind your latest book, Just Move?

Jim:                  Well, Frank, when I turned 70, about 8 years ago, I was in terrible shape. My back was killing me, my knees were shot, and I was in excruciating pain all the time. My right rotator cuff was frozen, and I was about 20 to 25 pounds overweight. I looked in the mirror on my birthday and I said, "Oh my God, I'm an old man." The worst part about it for me was that I had such low energy all the time. It was during this time that I came across one statistic that changed my life. I think this came out of Harvard medical school. It said that if you live to be 70, then statistically, you’ll live another 15 years. And I said to myself, if I look this bad now, how can I live for another 15 years? I can only go downhill.

It took two years to do the research and write the book. It was published by National Geographic. This is my seventh book, and my last book, Frank, because it really takes a lot of work.

Jim:                  And just to clarify, I don’t have an MD after my name. I don't have an advanced degree in gerontology or kinesiology. I'm just an ordinary guy that woke up one day and said, "I've got to take control of my future." Eight years later, I'm in the best shape of my life. I weigh less today than I did in high school.

I'd always associated "working out," exercising, with bulking up. That's all I knew, because the old fashioned bodybuilding. And that's great if you're 20, 30 years old. When you're 70, 80 years old, you're much more interested in what do I do to get rid of aches and pains.

Jim:                  Well, I've got two answers for that. First of all, as I mentioned earlier, I was in terrible shape when I started. First day was pretty bad. Second day, pretty bad. Third day a little bit better. It was so funny though. After about a week or so, I said, "Huh, I feel a lot better." Frank, I promise your audience, if you just walk, but you got to stretch, you're going to feel better very quickly. Doesn't matter how far you walk or how fast you walk. But at the end of 30 days, I promise your audience, you're going to say to yourself, "Wow, I feel so much better." Then what you begin to hear is, "Jim, you look better. What are you doing?"

About three or four months later I decided that I was ready to step it up. Now for me, that meant hiring a personal trainer. This was not at a high end gym membership, we're not talking about a social thing. For your audience, I want them to know that it could be as simple as a YMCA group class. It could be watching some tape. Because the problem is when you get older, if you're not careful and you don't learn good form, you may hurt yourself, and then you get set back for a few months and then you get discouraged.

It took about eight years to get to where I am now. No big deal. I just made small steps that consistently added up. And the one rule I have is don't let two days go by without doing some kind of physical activity. Now swimming, could be, sure. Hiking, bicycling, it's endless, tennis, something that moves. So for many, many people in your audience, exercise is a "four letter word." It was to me, to be honest about it. I said to my wife, "I'm not a gym rat type. I don't see myself up there sweating with heavy weights." Well, I'm into "functional fitness." It has nothing to do with how heavy you can lift.

Frank:               That's great. That's great. Now let’s return to your book, Just Move!: A New Approach to Fitness After 50. I want to come back, Jim, with a couple things because time's flying here. It's still a couple of things I want to cover. So before we get to your book, when somebody's going to start, and I know everybody's situation may be a little different, but you said you were mainly walking and stretching, and how much time did you give to this walking and stretching on a daily basis at the beginning before you started to say, "Well now I feel good," and that's when you kind of jumped ahead to the trainer. How much time and how did you allocate stretching versus walking? I'm just trying to think what our listeners are thinking right now. How much time is this going to be?

Then I stretch for five or 10 minutes, because we all have to deal with real life. I'd walk and stretch three times a week, and I do strength training three times a week, and that runs about 45 minutes. Okay. No more than an hour. It's about an hour a day commitment. Again, you can break it up. That's a great question that you're asking. But again, if you're 40 years old, you're holding a job, you're working hard and you've got family obligations, it's hard to even find one hour of what I call "me time." But gosh Frank, when you're 60, 65, or 70, presumably you've got more "me time."

I also feel motivated because I don't want my kids to say, "No, I'm sorry I can't go on vacation. I've got to take care of my dad." That will not happen. I guarantee it. Okay, so this is not a selfish thing at all, you see. I'm going to do whatever I can do, okay, to stay mobile, stay healthy, and live as high quality of life as I can. Now there'll be a point when, I don't know, when I'm 85, maybe, 90 who knows? Will you live longer? I don't think about that. I just think about every day I want to live to the max, and to do that, you cannot do that if you don't move. Does not work that way. The human body is made to move. And the reason some people in your audience are uncomfortable "exercising," they're not used to moving. I wasn't either.

It's hard because you're stiff, your ligaments are stiff, your muscles are shortened. So you just kind of have to sort of get into it, grit your teeth. The good news is the results come very fast. I would say it took me probably three years to become "fit." I don't mean navy seal fit, I mean fit by most people's definition of being fit. And once you are "fit," okay, then you see the world in a very different light. You have more confidence. You say, "Huh, if I can do this, I can do anything." All of a sudden you look around and you say, and Frank, I call this the virtuous circle. Once your body's kind of healthy, you're moving well, you don't have aches and pains, you know, maybe I need to clean up my act as far as eating goes.

You've got to read the book, and show up and do the work and do it on a consistent basis. It's not about lifting heavy. You don't have to do 50 pushups. But what I'm saying to your audience is that there are many, many paths to wellness, but what they have in common is they all involve movement and the attitude is half of it.

Jim:                  You get the book from Amazon. I also have a website that's called justmoveforlife.com. I'm a believer in education and I'm not selling anything. I don't want to be a personal trainer or a life coach. I just think I'm just trying to spread the message that when you're older you need to get off the couch and "Just Move." If you do that, you'll be much happier and you're going to live a much more fulfilling life.